Jesse Dawson is a professional photographer, an expert at crocheting, and a total daredevil—but she didn’t always identify as a “creative” person. 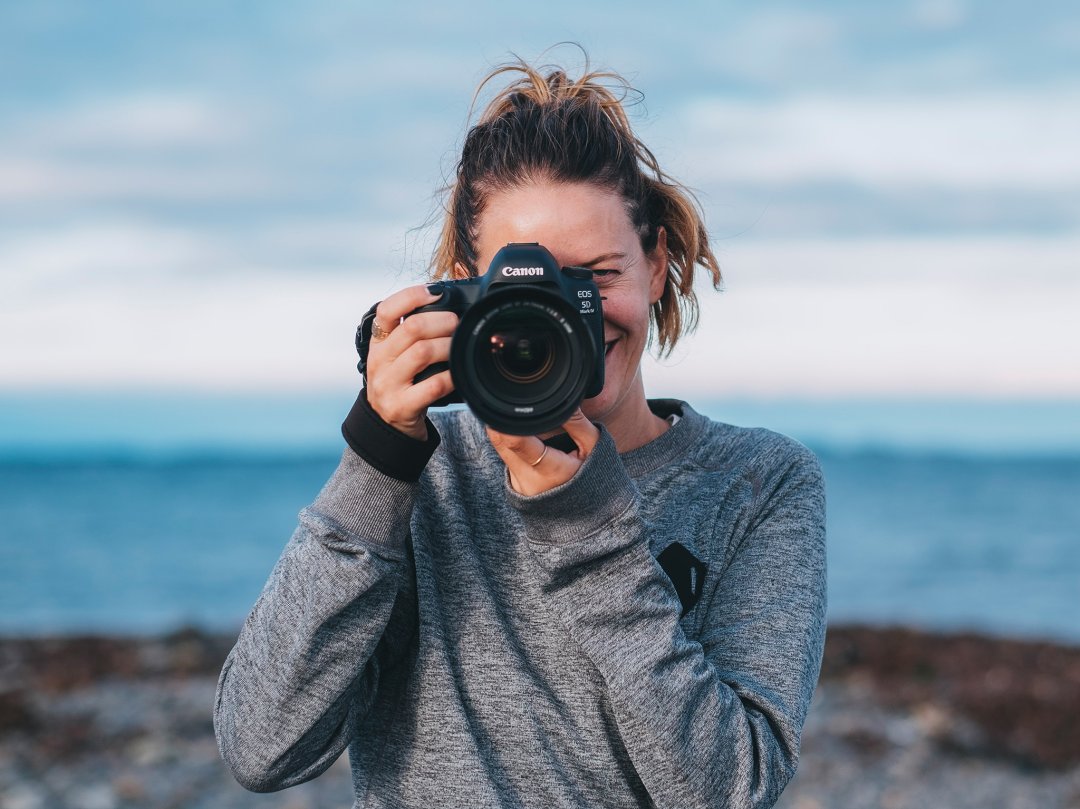 In high school, she almost dropped photography because she didn’t think the arts were her forte. Thanks to a great teacher, she stuck with it and hasn’t looked back since. From art school, to a NYC internship, to her job as a lifestyle photographer at Sports Authority, she’s been developing her skills and creative eye for years. After getting a job at Burton, she packed up and moved from Colorado to Vermont (a state she had never visited) and made it home: a move she considers “one of the best decisions of my life.”

We couldn’t tell our stories without Jesse, but we rarely get the full picture. Here's her perspective on some career highlights so far.

My first photoshoot with Burton was in 2015 in Keystone. It was my first chance to shoot a big campaign. I was crazy nervous and I had to take a lot of deep breaths and really believe in myself. Meeting Kelly Clark, Kimmy Fasani, and all the team riders for the first time was wild. So many butterflies! Luckily, the crew was so great and welcoming. I felt like part of the family right away.

My first on-snow shoot was with Kimmy and Donna Carpenter in Mammoth, right after Kimmy’s Amusement Park event. It was a different type of shooting: I had never taken photos while snowboarding and had to learn quick. At one point, I even had to ask Donna to slow down because she’s so fast. It was either that, or come back with no photos. Now, I can keep up with her. :)

Shooting in Banff was incredible, it’s impossible to take a bad photo there. Everywhere you point the camera is gorgeous. Later, I found out that I was on the same glacier my father had ice climbed and gotten into an avalanche 20 years earlier. (It took some of his fingers, but he’s all good now.) It’s interesting to share those memories and find out about other people’s adventures in places I’ve been.

The other day Sangee Manoharan asked me what my favorite and least favorite photoshoots have been. If I HAVE to answer this question, my favorite shoot was our trip to New Zealand. It had been on my wish list for so long and it was a dream to go there with Burton. Flying into this country filled with snowcapped mountains that just go on and on… my camera and face were smashed into the window. I’m sure my face was priceless, I was in total awe. Anna Gasser, Tavia Bonetti, and I were even lucky enough to fly in a little jumper plane while we were there. It was my favorite shoot, but New Zealand is also the only place I’ve gotten injured on the job (knock on wood). I had a bad run-in with a nut cracker. Google them, they’re crazy. The medic told me he had to shave my head to stitch it back together. I cried a little and then drank a beer, then he yelled at me for drinking with a head injury. He also lied, he only had to cut my hair a little.

Our winter shoot in Fernie was quite the adventure. Three of us went out early to scout locations and we got stuck on the wrong side of Crowsnest Pass. We were snowed in for a few days and the whole crew was delayed, which took away from the time we needed to get photos. We made the most of our limited time, and these shots from that trip are some of my all-time favorites. Look at how much pow we had to play with!

We booked our tickets on a Tuesday and flew out the next day. Chloe Kim was practicing in Mammoth and we needed some photos of her. It was fun being on the halfpipe all day watching her practice her first frontside 1260. Those moments became a winter 2019 Burton ad I am really proud of.

Exploring and traveling has always been a life goal of mine, and I’m lucky my career lets me do it regularly. I’m away from home a lot and I love it. When I’m home, you can find me snuggling with my dog Cooper and enjoying all that New England has to offer. ∆